We're here to keep you informed

Want to live longer and happier? Here’s how…

Most of us would like to live for a long time. And, while we’re at it, to have fun. So, what do the experts recommend that we do to achieve this goal? “The most important advice we offer people about longevity is, “throw away your lists,” says Howard Friedman, Professor of Psychology at the University…
Read more

10 things you can do to prevent dementia

In Australia, there are over 1,500 new cases of dementia diagnosed each week. It’s predicted that by 2050 there will be almost one million Australians with the condition and 10 times as many family members and friends directly impacted by its effects, according to Neuroscience Research Australia. Dementia is the second leading cause of death…
Read more

Older Australians making the most of social media and apps

A recent report undertaken at Griffith University has found that the number of older Australians using social media and apps to stay connected with family and friends is “surging”. It appears that older Australians are catching up with their younger, tech-savvy peers. As technology has become user-friendly so that almost “anyone can use it”, older Australians aged…
Read more

Tablets and touchscreen devices such as iPads are very useful in helping people with dementia engage with their community. iPads are tactile, versatile and very simple to use and the apps make it easy to play accessible games, which help memory, interaction and can support people with dementia. There is no end of great content…
Read more

Did you know that Veterans’ Health Week is next week? It will be held from Saturday September 22 through to Sunday September 30, 2018. The Department of Veterans Affairs, ex-service organisations and community groups will come together during the week to highlight the importance of having a healthy lifestyle. The theme for this year’s campaign is nutrition. Good…
Read more

Do you know what to do if a stroke happens?

It’s estimated that more than 80 percent of strokes can be prevented simply by managing risk factors and living a healthy lifestyle, according to the Stroke Foundation. There are some risk factors for stroke which can’t be prevented like age, family history and prior stroke. If you’re male, your risk is also higher. The Stroke Foundation…
Read more 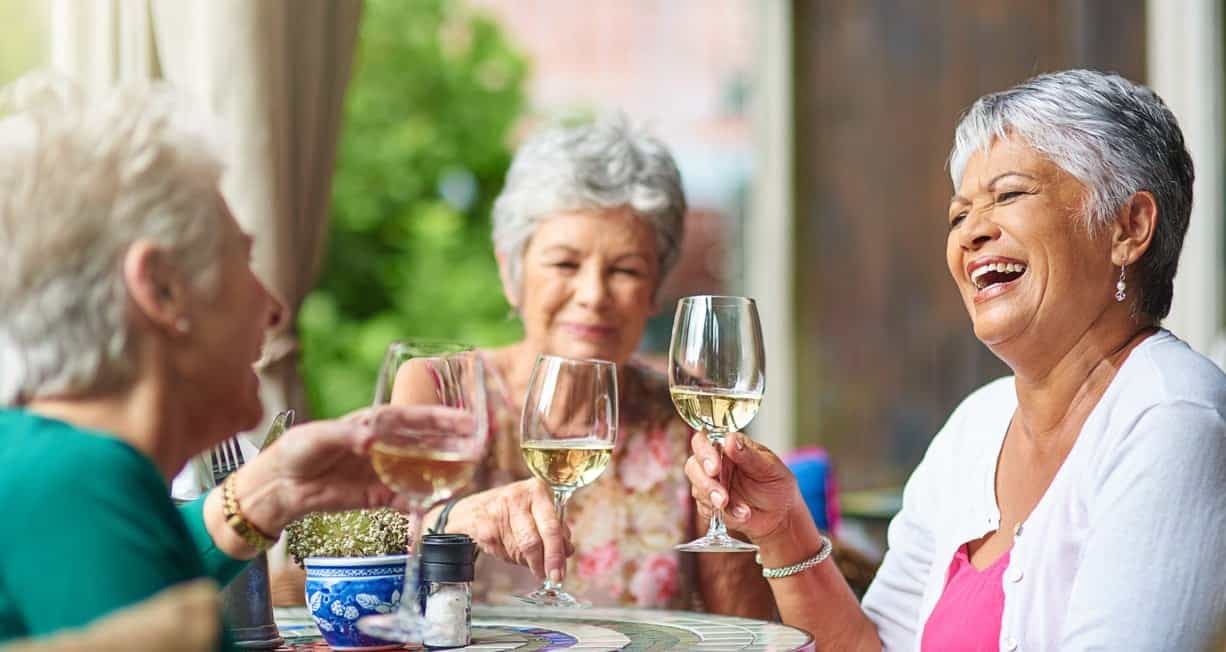 Time with family and friends helps stave off depression, especially for those in aged care

Isolation and loneliness are major contributors to depression. It’s true for everyone, but it’s especially relevant for older people, who may be dealing with physical limitations, ill health and new living situations and experiencing feelings of loss, anger, frustration—even despair. Close social support from family and friends has been shown to reduce the risk for…
Read more

Wendy Mitchell’s book provides inspiration to those living with dementia

(Image courtesy of Alzheimer’s Society, UK)  Wendy Mitchell was diagnosed with Early Onset Alzheimer’s Disease at 58 years of age. Her disease became obvious when she had a fall while jogging by the River Ouse in York, where she lives in the U.K. She was 56-years-old at the time. This event was followed by more falls, a…
Read more

How can I avoid getting dementia?

Did you know?  Almost half of 2,000 people surveyed by the BBC’s ‘Trust Me, I’m a Doctor’ program were keen to know ‘How can I avoid dementia?’ (49 per cent according to a ComRes poll conducted online April 22-23, 2015).  To look at the issue, Michael Mosley, Television Journalist and Presenter of the program, visited the European Prevention of Alzheimer’s…
Read more

Parisian author and poet, Anatole France once wrote: “Until one has loved an animal, a part of one’s soul remains unawakened.” The benefits of having a pet and pet therapy have been exhaustively studied for years and the conclusion is simple: pets are good for you, and especially if you are in aged care or…
Read more

At Oxley Home Care, we are confident that our team will be the right fit for you. With over 20 years of experience, we have a proven track record of delivering premium, quality care at an affordable price across Sydney. If you aren’t happy with the quality of service you receive after joining us as a new client or switching from another provider, we will refund the cost of the service provided and give you $250.

That’s how confident we are of being your best partner in care.

From our happy Sydney clients

My Care Worker, Karin, is so efficient, capable and caring. She has proved to be intelligent, reliable, conscientious and her integrity is undoubted. She has been a huge factor in my living in my own home with all my health problems. Her assistance in so many ways has contributed greatly to me achieving this and hopefully will continue for some time to come. I am very lucky to have the assistance of such a capable and understanding Care Worker from Oxley Home Care.

Our experience with Oxley is seamless, friendly, pro-active and extremely supportive. We would like to make special mention of their speedy response times when adhoc requests for care services are made. As shift workers, this service is invaluable and Ashley goes above and beyond in these communications and interactions with us. Anna has been amazing offering advice and is open minded to trialing and sourcing new devices to assist us. Maria is an exceptional carer who does more than required and was able to make a quick connection and friendship with our mother.

Every single Oxley care worker who has come into my mother’s house has been extraordinary.

★★★★★ 5/5
To all the team at Oxley, I cannot thank you enough for all the help, kindness, patience, and support you have given my Mother over the past year. Mum speaks so highly of you all and my life has been made so much easier because of you. Keep up the good work.
PrevNext 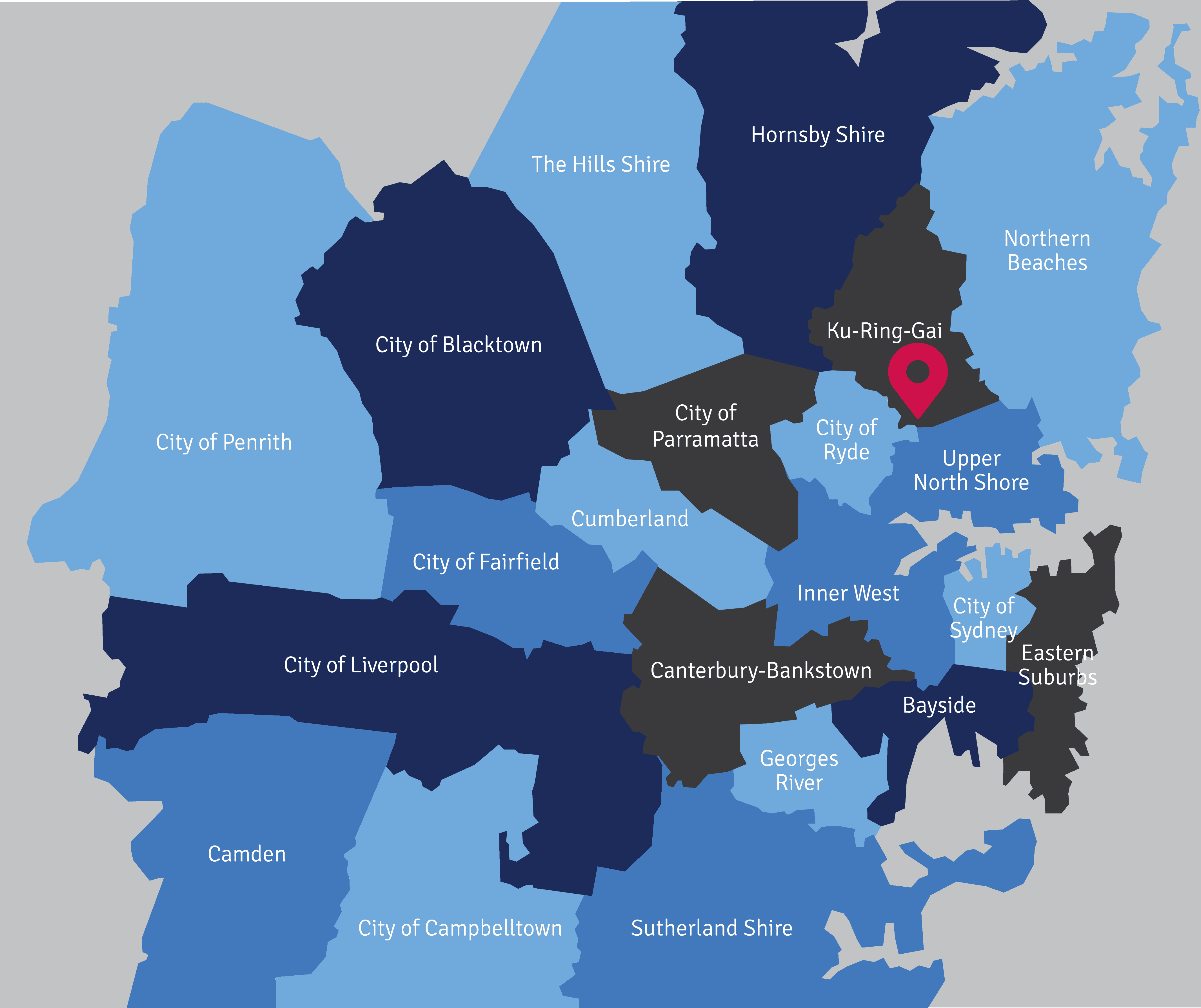 We are part of the myHomecare Group

A group that includes other trusted, quality brands. Together we help older Australians live happily and safely, providing them with local and tailored support across the country. 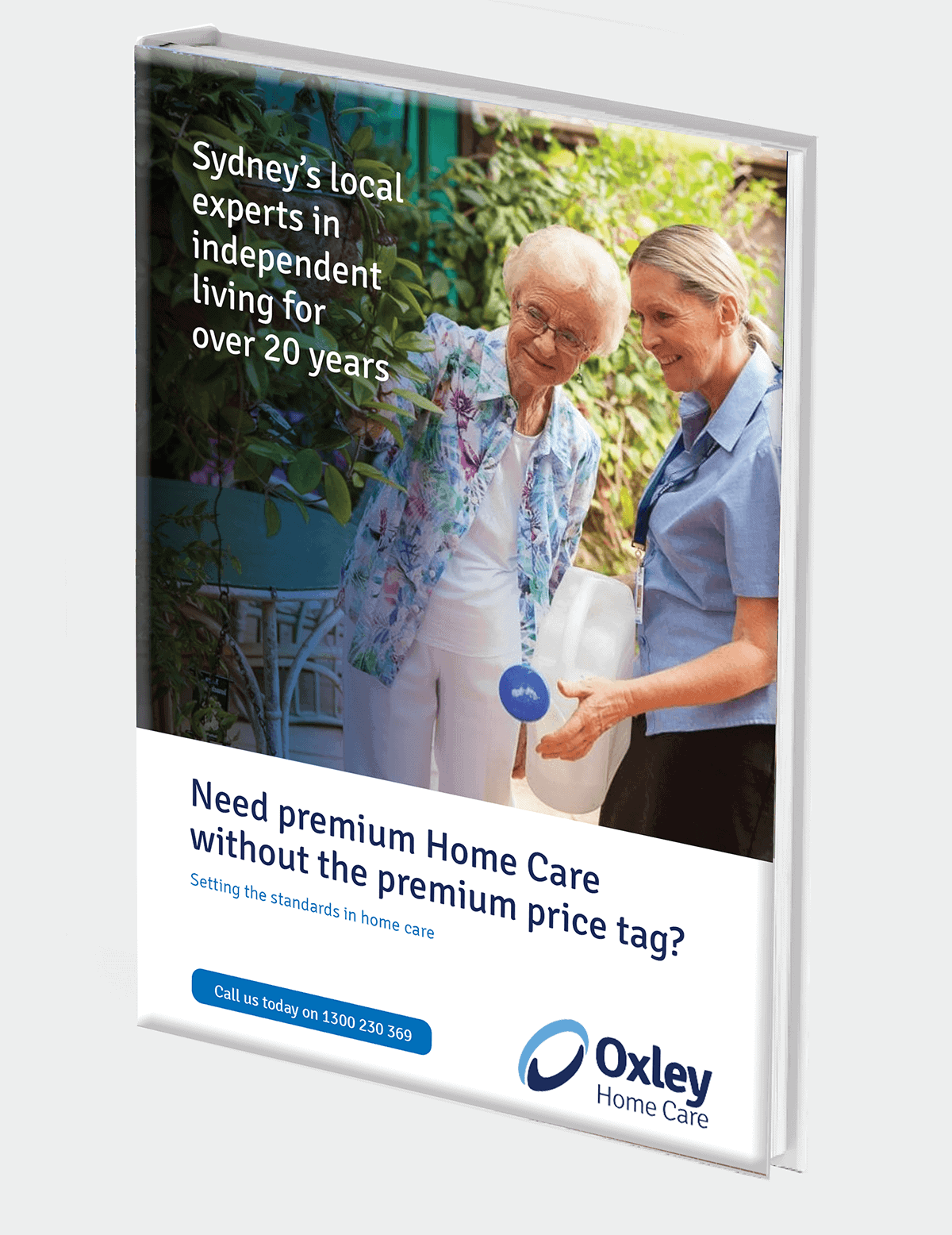 Want to know more? Get your Free Info Kit here.

Discover how to access funding and how to know you have chosen the right provider for you.